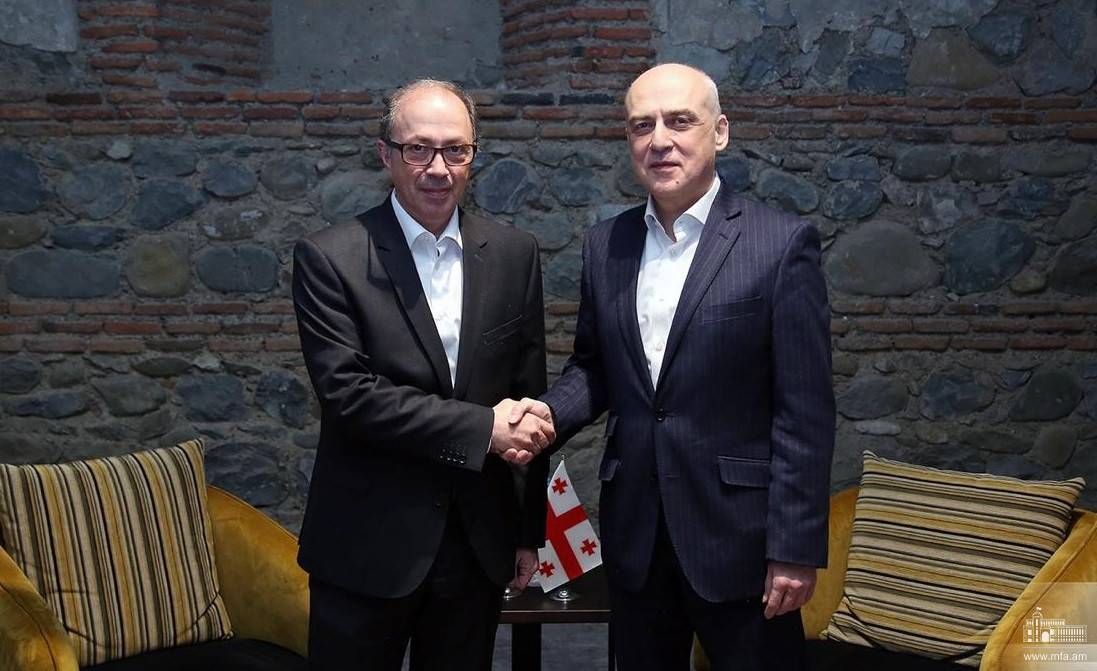 The Foreign Ministers had a detailed discussion on the multi-sectoral agenda between Armenia and Georgia.

The Ministers emphasized the importance of deepening the Armenian-Georgian friendly cooperation in all spheres of mutual interest, in this regard, emphasizing the consistency of the work of the Intergovernmental Commission on Economic Cooperation as a key platform for the expansion of mutually beneficial multidimensional cooperation.

The promotion of decentralized cooperation as an important prospective direction for  development and enrichment of the bilateral agenda was also touched upon.

Ministers Aivazian and Zalkaniani also touched upon the issues of regional security and interconnectedness. The sides underlined that only lasting peace, which addresses the interests of all, can create real guarantees for the promotion of security, stability and development in the region.