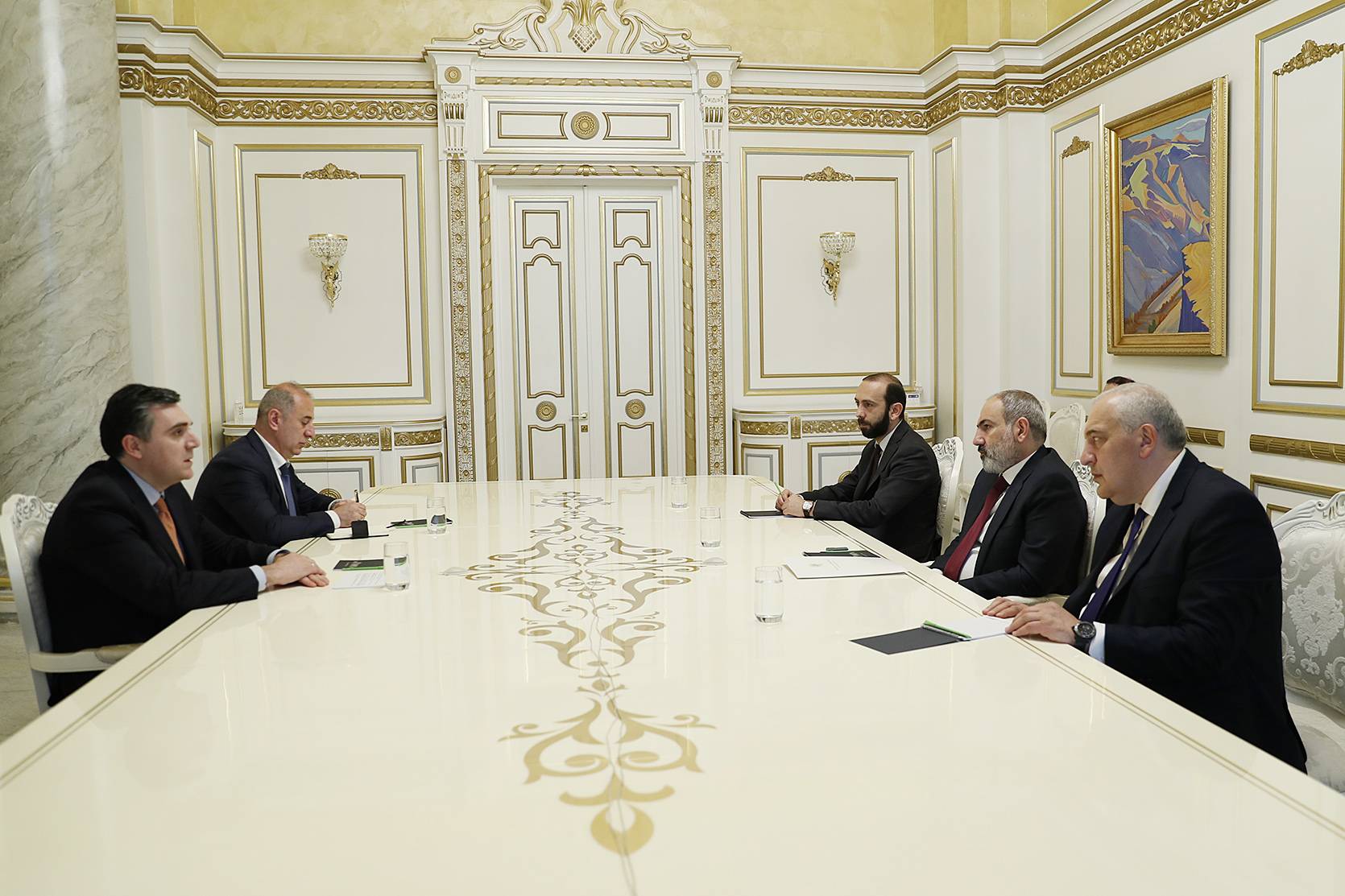 The Prime Minister congratulated Mr. Darchiashvili on his appointment to the responsible post of Minister of Foreign Affairs of Georgia and wished him fruitful work. Highly appreciating the Armenian-Georgian friendship, Nikol Pashinyan noted, "There is a high level of political dialogue between Armenia and Georgia, our relations are developing dynamically in different dimensions, in a positive atmosphere, which is a good basis for further expansion of cooperation." Nikol Pashinyan underlined that today, when the regional situation is rather tense, the strong Armenia-Georgia partnership is an important factor for peace and stability in the South Caucasus.

The Georgian Foreign Minister thanked for the good wishes and conveyed the warm greetings of the Georgian Prime Minister Irakli Garibashvili to the Armenian Prime Minister. He noted that Georgia is interested in deepening multifaceted cooperation with Armenia, advancing the bilateral agenda, and welcomes the initiatives and programs aimed at it. Ilia Darchiashvili also added that Georgia attaches importance to the steps aimed at promoting regional cooperation.

The interlocutors discussed issues related to the agenda of the Armenian-Georgian partnership. The sides also touched upon the regional situation and developments. In this context, the interlocutors emphasized the efforts of regional countries to maintain stability and develop economic cooperation for the benefit of a peaceful and prosperous future.